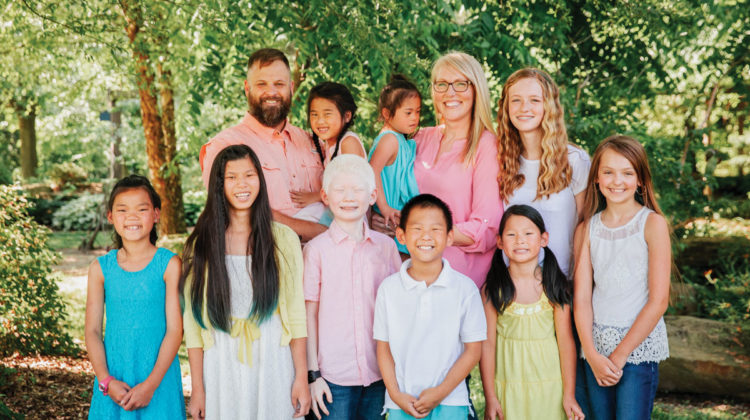 When Jon and Christella Hudson got married, their plan was to have one or two children. After the births of their two daughters, Grace and Myley, their family seemed complete. A trip to a women’s conference for Christella just a few years later would change the course their family took, sending them thousands of miles from home to grow their family.

Jon can still vividly remember the conversation he had with his wife the day that changed everything.

“She came home from the conference fired up and asked about sponsoring a child through World Vision,” Jon Hudson recalled.

Christella, who had attended the Women of Joy Conference in Louisville, had been touched by the call to consider the least of these in a country oceans away. Her next request is one that her husband will never forget. Within the same breath, she told her husband that she thought they should adopt a child.

“’Wait a minute,’ I remember thinking, ‘let’s go back to the first thing we talked about,’” Jon said.

After this conversation, the couple recalls coming into contact with more and more people who had adopted. Until this point the concept had felt foreign to them. They became friends with several of these families and could observe the dynamic adoption brings to a home firsthand. After considerable prayer, Jon felt that same heart tug.

“I turned on a dime within a month. I felt a deep calling to proceed and go for it,” Jon said.

When they decided to move forward with adoption, their biological children were 5 and 1. After praying that God would point them where they needed to go, they ended up in South Korea. The process went fairly quickly, taking just over a year including the home study. Freddy was 8 months old when he came home in 2011, bringing boundless energy to his new surroundings.

“Our little guy joined our family and he was our tiny tornado — that’s just what he is,” Christella said.

When Freddy was adopted, the family had information about his biological mother and knew that she drank alcohol while pregnant, but many symptoms did not manifest until later. Freddy was diagnosed with Fetal Alcohol Syndrome and ADHD. According to the family, Fetal Alcohol Syndrome is one of the most difficult special needs to deal with on a daily basis. It doesn’t show up as much when the child is a baby as when they move into their toddler years.

Despite these new challenges, they felt complete as a family of five. A mission trip to El Salvador, through an orphan aid outreach would once again tug at their hearts. Returning home from the trip changed everything: how they spent their money, how they spent their time, caring for people in general. Travelling to this nation shifted the way they viewed priorities leading to their second pursuit with adoption.

“It was as if God was telling us He knows it’s hard with three, but this is where he wants us to go and He will provide for us,” Christella said.

In 2014, the Hudsons brought two more children home, this time from China: Oliver, age 4, and Kalli, age 2. Now that they had grown to a family of seven, Jon felt there was no going back on the mission to rescue orphans from these tough places. He describes his mindset as going all in and doing everything he could to make this their ministry. Christella was totally on board, never second-guessing the decision to keep expanding their family.

“We were just exhausted but within three or four months, we just knew it was time to adopt again,” Christella said.

In 2015, the Hudsons, who once felt cautious about older children, went back to the orphanage and returned to the states with 9-year-old girls, Samantha and Lily. At this point, a few more challenges arose, ones that the family would face together. With trauma in her background, Samantha had a difficult time adjusting at first. For nine years, she had never even left the city block. Since then, her parents say the changes in her have been monumental. They have learned as a family to adjust to the unique needs of each child.

By 2016, the Hudson family would once again answer the call to adopt. After they started the process, they came home with Hannah, age 3. At this point, Hannah is unable to walk, but that does not impact her ability to bring joy and life to those around her. Their daughter is described as a little ray of sunshine who changes people’s lives on a daily basis.

“The more we adopted, the more and more open we were to special needs,” Jon said.

The family has two children with cerebral palsy, two children with intellectual disabilities, a child with Albinism who is legally blind, and several who have experienced trauma in their past. According to Christella, adjusting to their new home can be unpredictable because so many factors go into their response. These children come from different backgrounds, have been through totally different circumstances and all have different personalities.

In 2018, the Hudson family felt strongly that they were called to adopt a child with down syndrome. Their same agency from Oliver and Kalli, All Blessings worked with their home study alongside Madison Adoption, who had a program with the Philippines which led them to just the right match. At this point, it was easier to consider the Hudson family for this placement because they already had special needs experience.

“We prayed ultimately: God if this is not the route you want us to take, please stop this now,” Christella said.

Although the process is usually slow, the agency came back pretty quickly and the Hudsons were matched with their ninth child, a little girl named Elly who came home in September 2018 at the age of 5. According to Christella, with every child that joins the family, the others are welcoming and so excited to bring home the next sibling.

With a full house, the older kids help out some at home. Their lives are busy, with therapy appointments Monday through Friday. To keep up with it all, each kid has their own binder. Even with the full schedules, both Jon and Christella take time to appreciate each tiny miracle.

One miracle came from a reunited friendship. Jon has a cousin from Santa Claus, Ind. who chose adoption and ended up bringing home a little girl, Samantha’s best friend, from her orphanage in China.

“When they reunited, it was amazing. You can tell from the pictures, the smiles, she looked like she had a spotlight shining from her face. She was so happy,” Christella remembers.

Not only do they witness other tiny miracles like the laundry being caught up or everyone getting along at once, but their 15-year-old daughter Grace has developed a level of empathy that exceeds her years. She has already travelled to multiple countries including China, El Salvador and the Philippines, joining her parents when they bring home her new siblings. She pays for her plane ticket herself with funds made from selling unique projects such as clay magnets. According to her proud mom, Grace has a huge heart for kids.

“I see God in it everyday. He has become more visible in every aspect of our lives,” Christella said. “Despite our mistakes, He allows us to watch them grow and change.”

The Hudson family likes to point out that anyone has the potential to change a child’s life; adoption is not for the select few or pre-qualified. Those who cannot adopt have been a part of this mission by helping to fund bringing each child home. This journey has taught them about grace, about love, about pulling together as a family.

“We feel like through adoption, God doesn’t call special people. Anybody can be a part of the adoption process however that might look; there are 150 million orphans in this world. We are trying to do a small part,” Jon said. 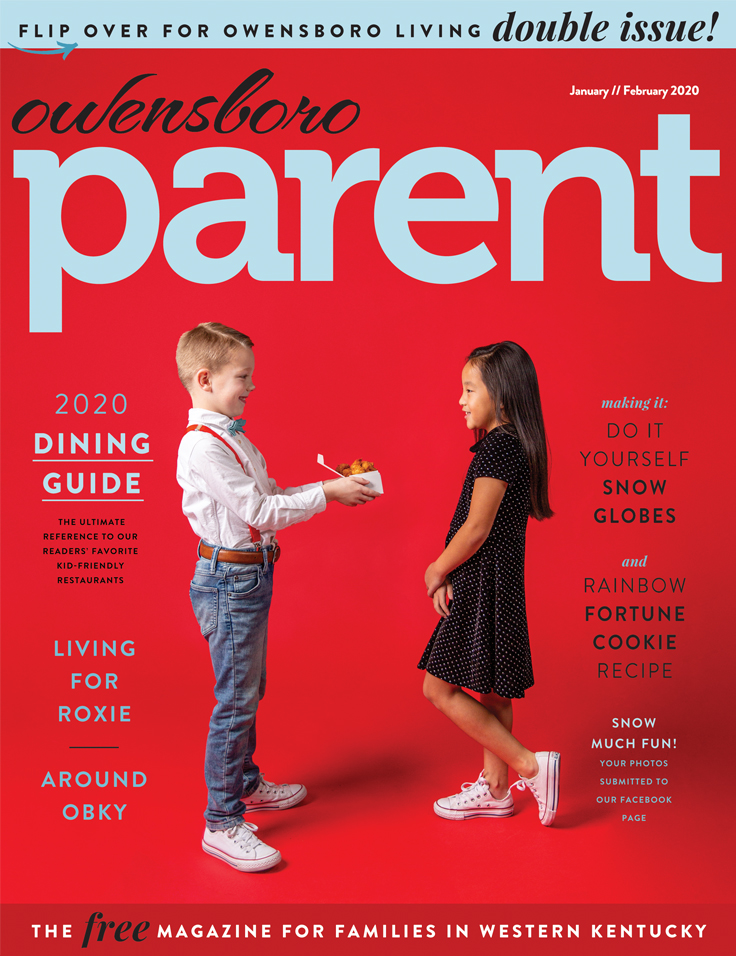