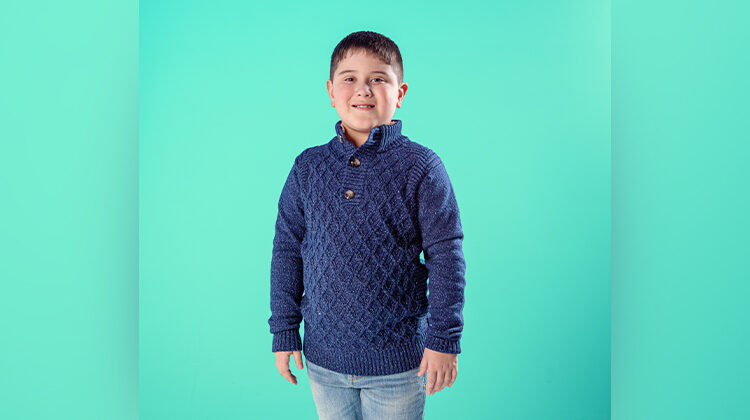 Nine-year-old Skyler Main has already made quite the impact on his friends at Puzzle Pieces and has found success in the relationships he has built there. One special friend, Blaire Neighbors, created a bond with Skyler that has been life-changing for him.

“I met Skyler when he came to my class in kindergarten. Instantly we had a special connection. Honestly, he is like one of my own children; the love there is just tremendous. It’s not like he listened to everything I said from the get go, however—I had to work with him to build that trust,” Blaire said.

After having him in class for two years, Neighbors was able to expand that trust and build a strong relationship with Skyler in her current role as the Director of the Owen Autism Center at the local nonprofit, Puzzle Pieces.

“He fought me a lot that first year I had him in the classroom, so I had to show him tough love, but I think he loved me even more for it. He thrives with structure, he loves predictability, and I was able to give him that. I wanted him to show everyone his amazing abilities,” Blaire said.

Blaire considers Skyler the perfect depiction of success – a great support system at home, at school and after school, something she says makes all the difference.

“It’s amazing how much progress people can make. He was nonverbal in the beginning and the progress he has made is shocking even to me. His success was so fast, and it’s because he had all these supports in place,” Blaire said.

While some parents of children with disabilities may worry about their child participating in too many programs, Blaire acknowledges that having a place to go like the Owen Autism Center can be very beneficial for them.

“Some people are hesitant to put their child in so much after they are in school all day, then have therapies and extracurricular activities, but they thrive on it and are building relationships. We have a lot of fun here, too,” Blaire said.

Skyler’s mom, Jamie Main, who works in the school system, recognizes the value of these services for her child and is thankful to continue to have staff members like Blaire as an advocate for her son.

“She’s a Godsend. Everyone needs a Blaire in their lives,” Jamie said. “Those who know her, know it’s true. When the Owen Autism Center first opened up, I was on board because I knew she was going to run it.”

After attending school during the day, Skyler rides the bus to Puzzle Pieces in the afternoon where he practices skills including dealing with money, using good hygiene and reciting his name and address.

Community outings include activities like shopping for a recipe in a grocery store or ordering food at a restaurant.

“The Owen Autism Center sets him up for success. He gets to do fun stuff, socialize, learn life skills, and practice them in the community as well. It allows Skyler to use these skills in real world situations,” Jamie said.

Jamie said her son struggles with certain outings, such as visiting the eye doctor, the dentist or getting a haircut, which can be overwhelming for him. Jamie reached out to Blaire to help Skyler at these appointments.

“He does really well with her. She can tell him what to expect and that he will be OK and he listens to her. When she takes him, it makes all the difference. Skyler would not be Skyler without Blair,” Jamie said.

During the pandemic, many children struggled with the change in routine. The Owen Autism Center remained open, even helping to log students in each day to their virtual classes.

“Skyler loves Puzzle Pieces. It provided him with that routine he had to have,” Jamie said. “I’m so thankful for this place. I would trust him with anyone there. They love inside their job and outside their job.”

As the director of the Owen Autism Center, Blaire embraces the mission of building relationships with kids like Skyler, and also the opportunity to share that passion with those who work with her.

“One of the things that shocked me when I took this job was the passion I have for teaching my staff these skills. I want to impact as many people as possible and being able to teach other people how to work with individuals with disabilities and see their passion grow is remarkable too,” Blaire said.

The old saying goes: “it takes a village to raise a child,” and for the Main family, that village includes the staff Puzzle Pieces.