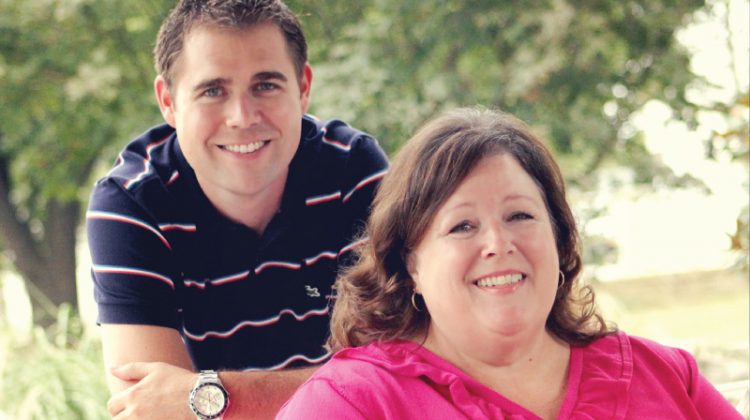 For nearly 10 years, MentorKids KY has been supporting single parents and their children in Owensboro and Daviess County. The mission of MentorKids, according to Executive Director Matt Woodfall, is to match Christian adults with local kids who are being raised by a single parent.

“There are about 6,000 single parents in Owensboro, and over 5,000 of those are single moms,” said Woodfall, whose organization already reaches out specifically to those moms through MentorMoms, an in-house program for mothers of “troopers,” the children who participate in MentorKids. On October 22 from 9 a.m. to 3 p.m., however, the group is hosting “Renew,” an open event for any single mother in the area.

“Over and over, the thing we hear from our moms is ‘There’s not enough of me to go around,’” Woodfall said. “Single moms are trying to balance everything at once and it’s hard to reach out and ask for help. This (Renew) is a reminder that there are people who want to help.”

Renew, which is taking place at Owensboro Christian Church on the same day as the church’s Harvest Day festival, will feature free VIP passes for local service, such as oil changes and yard work, day spa experiences, haircuts and styles, a financial seminar, free useful gifts and door prizes, and scholarships for moms and kids.

Woodfall explains that the name of the event is indicative of its purpose.

“We landed on Renew because it is a title of growth and a place to feel free, to relax,” Woodfall said.

The need for relaxation is one that Karen Midkiff, a local church administrator, felt often in her years as a single mother. A stay-at-home mom, Midkiff found herself suddenly single with a 5 year-old son. Living far from her family in Owensboro, she found work at a potpourri plant in the small Arkansas town where she lived. Because she had to work, she put her son in childcare, which was emotionally stressful for both of them, she recalls.

“I thought I had a good sitter, but then one day she left the windows open and when I walked up to get him, I heard her yelling at him,” Midkiff said.

Shortly thereafter, Midkiff, who credits grace and the power of prayer for her fortunate circumstances throughout her life as a single parent, became a licensed, in-home daycare provider. That career enabled her to work from home until her son, Logan, now 29, graduated from high school.

Though her childcare problems were solved, Midkiff experienced the gamut of challenges and emotions that accompany being a single parent.

“When you are a single parent, especially if you are young, you are making all the decisions,” Midkiff said. “You worry about the school fees, the light bill and keeping your child dressed and fed. You are so emotionally and physically worn out that you forget to sit down with your child and tend to their emotional and spiritual needs.”

She stresses not to let the “busy, necessary stuff” get in the way of the attention your child needs. Though that is a challenge on its own, Midkiff also stresses that it is important not to make your child your friend.

“If you’re not careful, you’ll find yourself saying too much to your child,” Midkiff cautions, “and the child deserves to be a child.”

On several occasions, Midkiff remembers, people would say to her son, “You’re the man of the house.” That was particularly frustrating, because she didn’t want her son to bear that burden.

Midkiff, whose son is a college graduate and a successful businessman, admits the biggest challenge to being a single parent was simply being single.

“At the end of the day, it’s hard not to have someone there to validate your decisions,” Midkiff said. “No one to say to, ‘Are we doing the right thing?’ I would feel so good when someone would say to me, ‘I saw Logan today, and he has such nice manners’ or something like that. The thing most single parents crave is a little affirmation now and then.”

Of course, without a partner to reassure you that you are on the right path in raising your child, one measure of success is to watch your child succeed. Whether that success is measured in academics, career, relationships or all three, Midkiff stresses a belief that can benefit all parents, not just the single ones.

“Let your child show you who they are,” Midkiff said. “The best thing you can do is to let go of preconceived notions and take the time to learn your child. You’ll be able to guide them better.”

By Libby Johnson. Libby Johnson is (in no particular order) a wife, mom to two boys, a teacher, freelance writer and former competitive swimmer. She enjoys being outside, sarcasm and well written sentences by teenagers. Her hobbies are reading, mommy guilt and dreaming about the day she’ll be able to attend classes at the gym again.