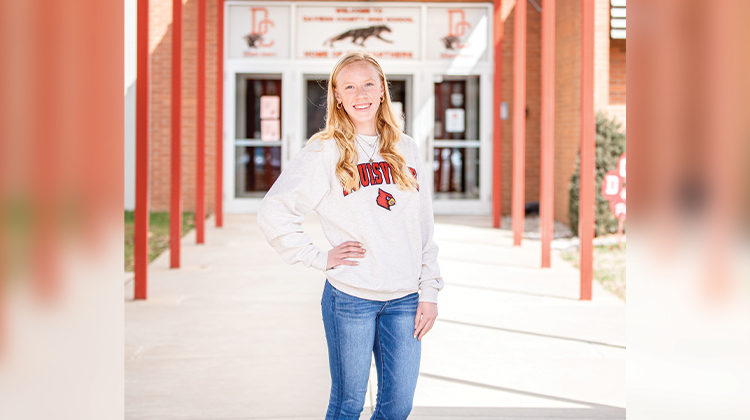 I am a bit of a control freak and overthinker. I live many parts of my life by checklists. Whether they pertain to homework, groceries, or tasks, I have one for each of them. I wake up in the middle of the night to write something down I need to do because I fear I will forget about it. I am the opposite of a procrastinator. I turn in my school projects and essays weeks ahead of time. I struggle to take standardized tests because I overthink the questions. Overthinking prevents me from hanging with friends, but I also have a fear of missing out. People claim I have a condescending tone, which results from my brain trying to obtain control of everything. But there are many times when I am not in control, and I fear those moments. I’m not in control when I eat a whole package of cookies in one sitting, or when I pick at my acne until it bleeds. I was not in control of this pandemic, and the uncertainty consumed me until I decided to consume it.

At first, quarantine life seemed to resonate positively in my mind, but that was before everything got cancelled. My junior track season was devastatingly cancelled all together towards the end of March. This single word “cancel” became a refrain that resulted in a stream of negativity, which I experienced throughout the next few months. I became unmotivated to run, to have fun, or to be positive. I am a naturally motivated person, so it came as a surprise that I felt so apathetic. As the fall semester approached, I had come to accept nothing less than the routine of cancellation. Even though things were no longer indefinitely “cancelled,” I now entered into a season of uncertainty. From the unknown of school on a virtual or hybrid schedule, to not knowing if my next cross country meet would be cancelled due to the pandemic, it was extremely difficult to have a grasp on reality because everything felt out of my control.

I kept telling myself that “I miss normal life” and “why can’t I be my old self again?” All the emotions I was feeling during the semester started to translate into my cross country season. During many practices and races, a million endorphins and thoughts of failure caused me to physically give up. It saddened me when I realized my abilities were being limited by my mental cages that devoured my potential. However, coming to this realization was key for turning around my season, which ended on a positive note.

The cancellations and season of uncertainty resulted in an experience where I learned many things about myself. Like many people, the isolation of COVID-19 highlighted my worst fears and traits. Mine highlighted my desire for control. While not having the usual control of my life caused me to be a bit down, the turn around point eventually rose. Newton’s third law of motion states that for every action, there is an equal and opposite reaction. When I tried too hard to control everything in my life, inevitably, it caused me to break.

This semester, things have begun to go back to normal. I have reflected on some of the things I took for granted during this strange time. While I enjoyed time to myself in the early months of COVID, seeing my friends hanging out on social media caused me to feel like I was missing out on everything. I gave myself excuses to not hang out with my friends. Of course social distancing guidelines were very important in the early months, but deep down that was not the reason I stayed away. In isolation, I chose to focus on the bad times and negative aspects of all my friendships. After months of distance, I came to dread seeing my friends again until the moment we reunited. However, when the moment came, I was so happy to see everyone. I maintained this critical view of my friendships until the state cross country meet. While we were cooling down there was a moment where my emotions took control and the tears fell as I realized the finality of my last high school race.

Although it had not gone as I wanted it to, everything that happened made me realize that I couldn’t take anything for granted. Being so scared of the uncertainty, there I was crying about how I would never have anything close to the camaraderie my teammates, my friends, and I share. It took the pandemic for me to come to this realization, and I am grateful for it.

To overcome my desire for control for the rest of senior year, I have to be optimistic there would be success and happiness when I don’t have control of my life. This semester has allowed lots of personal growth. As someone who doesn’t normally speak up in class, now I am engaging in discussions, joining in conversations, and pursuing new opportunities. I realize that I only have one senior year of high school, although it has been and will be different, I will make the best of it. Ignoring the past me that many people know, I decided to take control of my fears. I want to be remembered as someone made better by humbling circumstances, rather than being overwhelmed by them.

The pandemic triggered my worst fears while allowing me to take control of them. The times when I wasn’t in control were difficult, but they allowed me to grow. They were a productive struggle that I wouldn’t realize the benefits of until months later. With less than two months to go of high school, senior activities such as prom, graduation, and regular school are likely. Some people might say all of my stress was for nothing, but I say it was all for a reason. A reason that allowed me to consume the uncertainty of the COVID-19 pandemic and extract lessons along the way.