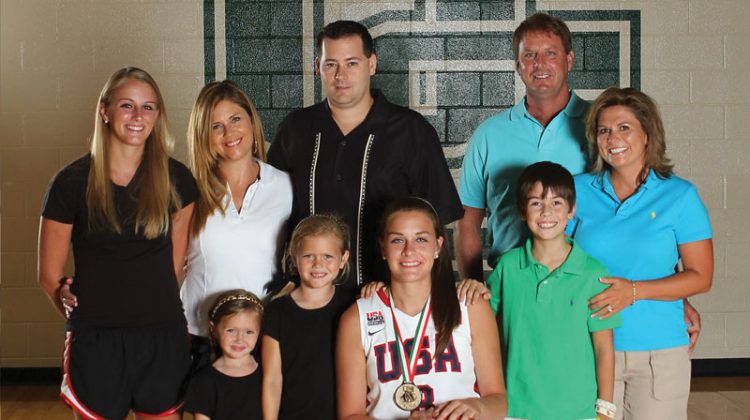 [styled_box title=”About Becca Greenwell” color=”pink”]
Becca will be entering her junior year at Owensboro Catholic High School. As a sophomore, the 6-1 guard lead her school to a 27-8 record and an appearance in the Kentucky Sweet 16 tournament. Becca has competed on varsity for four seasons, beginning her career as a seventh-grader. In all, she has started in all 131 games since her seventh grade season and has compiled school records of 2,821 points, 1,136 rebounds, 392 assists, 321 steals and 170 blocks. Greenwell was selected to the Class A All-State Tournament team in 2011, setting records in points in a single game and points in the tournament (122). Selected to play on the USA Basketball U16 national team in June, Becca helped her team to a gold medal with a stellar performance in the FIBA Americas championship.
[/styled_box]

Were you surprised Becca was attracted to sports, basketball in particular?
No, we weren’t surprised at all.  She’s been playing sports competitively since a very young age.  She first played basketball for Upward as a first-grader and was a natural even then.

Was there a defining moment when you thought Becca was going be the star that she is?
One defining moment that stands out was the summer before Becca’s sixth grade year when she attended the Junior Phenom Camp in San Diego, CA, and was ranked first in her age group.  We knew then that she had a pretty special talent as well as a serious passion for the game.  It was that same summer she received her first college letter from Pat Summitt, which is still framed on her bedroom wall.

Did you help Becca train/practice?
Her stepfather, Ryan, helped coach her Upward teams and then coached her on through her elementary school years at St Angela Merici, now known as Owensboro Catholic Elementary School.  He has always supported her love of basketball and has been very actively involved in networking within the AAU circuit, getting her on a team in Tennessee called the Tennessee Elite for four or five seasons.

Then she was invited to play on a Nike team out of Tennesee, which she’s played on for the past three seasons. This is where she has probably received the most exposure because of its deeply talented bench and competitive tournaments.

Are you a basketball player?
Her stepfather, Ryan, played in high school.
I played through middle school.

If you and Becca played one-on-one, who would win?
“Becca would definitely beat me now,” Ryan said. “No question!” And I wouldn’t even try!

What tips/advice do you have for parents of athletes?
If the athlete is serious and is willing to be committed to the sport, it’s so important to get them onto an AAU league or on a competitive team of some sort to keep improving their skill level.  Taking every opportunity to attend high exposure camps and tournaments is important too.

Are there any struggles being the parent of an athlete of Becca’s caliber?
It takes a huge commitment on the part of the athlete, as well as parents because it’s not only your time that’s invested. It can get pretty expensive with travel, camp and tournament fees. We’ve given up many family vacations to support her basketball. Her father, Neal and his wife, Missie, are a huge support. They both attend her games and help out financially with the costs and travel.

What values did you instill in Becca that may have helped contribute to her success?
We’ve always instilled a strong work ethic in our family.  We try to encourage accountability and a  ‘no excuses’ mentality.  I love the saying, “If you want something bad enough you will find a way.  If not, you will find an excuse.” Practice, practice, practice…makes perfect.

Besides perfecting the game though, we also encourage and expect good grades. Academics come first.  We’ve been blessed that our children have all been good students. Becca has been able to maintain a 3.8 GPA, which we are very proud of.

How do you help Becca balance school and sports?
Balancing school and basketball is something Becca has somehow managed to do on her own, surprisingly well.  As I said, she’s a good student.  She is pretty diligent about getting homework done as soon as she gets home in the evenings.  And she is not a procrastinator.  She’s not exactly the most organized or efficient person, but she gets it done somehow.

General thoughts on Becca’s success, her potential future, etc.
Needless to say, we are extremely proud of all her success.  She really is a hard worker and doesn’t take anything for granted.  Becca can be as good as she wants to be.  She’s definitely been blessed with a God-given talent and has enjoyed some amazing opportunities and experiences along the way.  As far her future goes, that’s up to God. He knows what he wants for her. The question I think everyone wants to know is, “What’s next?”  Where will she play college ball?  Right now, even we, her parents, don’t know.  I quit asking.  It’s a tough decision and the recruiting process can be very overwhelming for a 16-year-old.  It’s a decision she will make when she’s ready and one that is sure to take some serious thought and prayer.

What values did your parents instill in you that helped contribute to your success?
Respect, honesty, hard work ethic and the importance of good grades.  The most important of all though is having a strong Catholic faith.

Are your parents your biggest fans?
Yes, they are. My mom put a big sign out in front of our neighborhood after I made the USA team and put another one up in the school main entrance wishing me good luck at the FIBA Americas Tournament.

I was so embarrassed, but really kind of liked it. My older sister Rachel also gives me a lot of support, and my little sisters, Briley and Emma (7 and 3), are big fans too!

Did either of your parents recognize your talent early on?
Yes, they did recognize I had a talent for basketball pretty early on.  I was probably about 5 or 6 years old when I started playing Upward.  I was always the tallest kid on the court and the fastest too.

Did either help you practice?
Yes, my stepfather, Ryan, has worked with me since the beginning and has really helped create a lot of opportunities for me.  He even coached me in Upward and some in elementary school too. 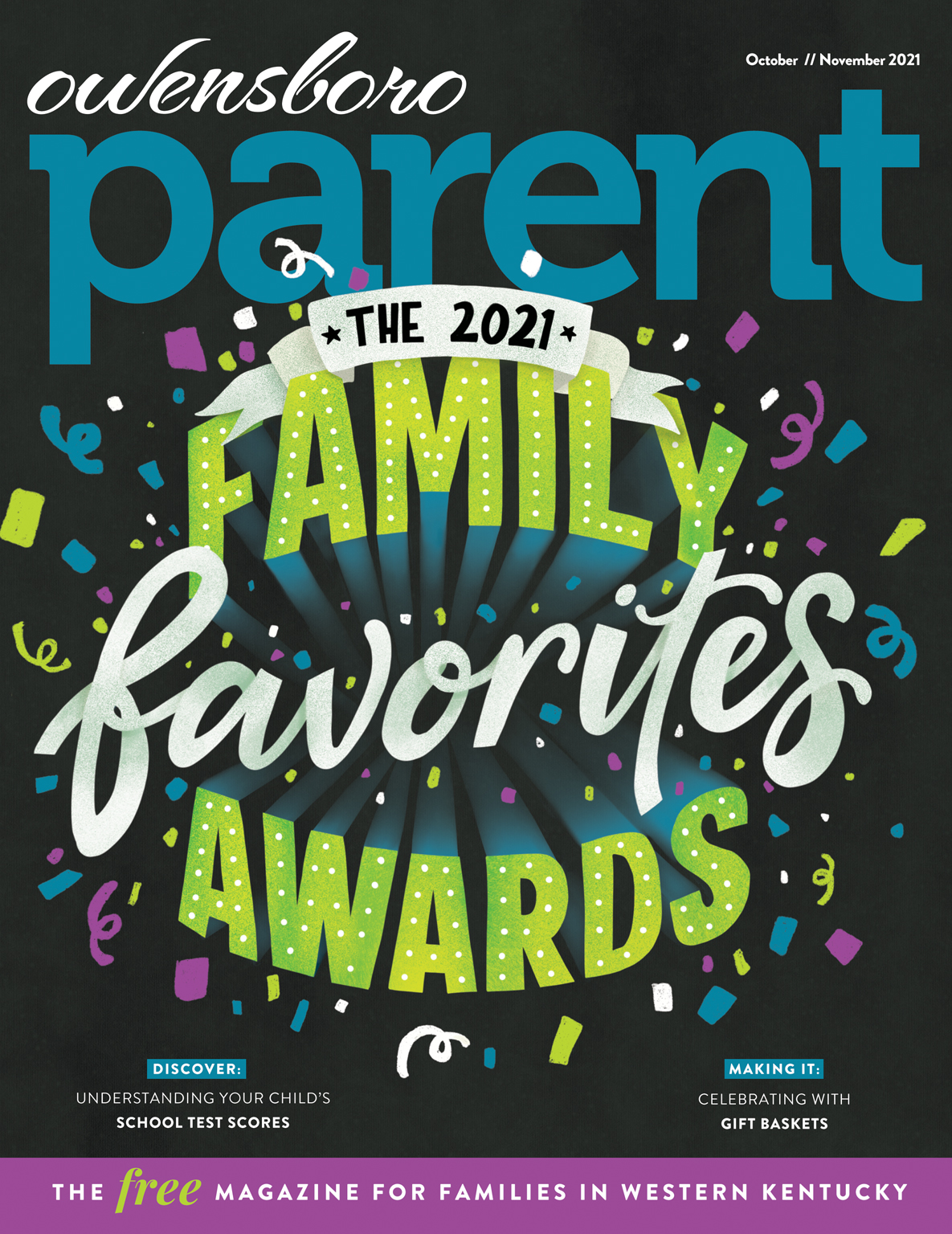