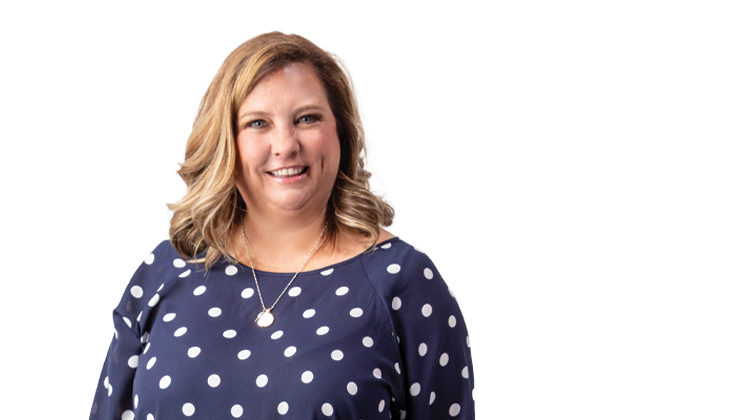 Can you tell Owensboro Parent readers about yourself?

I am a mom of two wonderful boys, Jack, 14, and Braydon, 12. They keep me very busy with all their friends and activities. I have been a teacher for 20 years and currently teach at East View Elementary School.

Can you share a little of your story with us?

A little over 20 years ago, I met my husband, John, on a blind date. I knew the first time that I saw him that I was going to marry this man. John was everything I could ever imagine in a spouse. We married in 2004 and had our first son in 2005 and second in 2007.

John was willing to do whatever it took to take care of his family. He was a registered nurse and later in his life, he heard God calling him to preach, so he listened and became the preacher of Dundee and Beech Valley United Methodist Church.

In November 2017, John was in severe pain and went to the doctor. We found out that he had a huge mass attached to his left lower lobe of his lung. Surgery was completed at Vanderbilt, where they took out his lower lobe, plus the mass. He began 2018 with major chemo, and after a clean scan in October, the cancer returned in February 2019 with a vengeance. John started a new regimen of chemo, which was much harder on him this time.  You could see his demeanor completely change. I think he knew exactly what was fixing to happen. Six weeks after the second diagnosis, John passed away on April 6, 2019.

Anyone that knew John and I knew that we loved each other deeply. We supported each other through the thick and thin. In the center of our relationship was always God. I can truly said I have had the best life because I had John in my life.

How did the community support you during this time?

From the first diagnoses of cancer, our community rallied around our family. When we received the news, we quickly were trying to figure out a way to help pay bills, as John could not work. We came up with the idea to sell t-shirts. The response we received was amazing! We sold over 700 shirts in a couple of months.

Another huge community support was my school, East View Elementary. First was with a meal train, then came baskets of goodies, then came gift certificates, and lastly this last Christmas with the 12-day countdown of gifts of things for my boys and me to do together. When I did not have enough sick days to get me

through the end of the school year, my East View family came together to donate days for me. One of the biggest ways the community supported us was by coming to the funeral home. We had over a thousand people come through the line at Glenn Funeral Home. Seeing everyone show up to show their sympathy meant the world to our family.

What is the most difficult thing about being a mom?

Being a single mom now, I find it hard to juggle everything. Luckily, I have family on both sides that helps me out. I also find it difficult to deal with discipline. Before, John and I always had each other’s back when it came to discipline, but now it is just me. I do not get to “tap out” when I am getting fed up with how they are acting. I find myself second-guessing my decisions all the time because I have no validation with a spouse.

Seeing my children make good decisions when I am not around. This lets me know that they are learning what John and I wanted them to learn. I have seen examples of this many times since John’s death. Jack has been really working hard this summer to learn as much as he can from the male role models he has in his life. Braydon has made smart decisions when it comes to money. Those little things show me that I am carrying on what John would want me to do with them.

What advice do you have for other parents that may be dealing with grief or loss while still trying to be a mom/dad?

I also recommend getting counseling. The first six months, I was just trying to go through the motions, but then I hit a brick wall. I needed to have an outlet to release all my thoughts, fears, and grief. Even though I think it is OK for my boys to see that I am upset, I do not want them to have to deal with everything I am feeling on the inside. They are kids and should not have to grow up because of what I have going on. The counseling has allowed me to know I have a safe place to express myself without any judgement.