The average person strives in small ways throughout their lifetime to be kind, to do good unto others and to leave the world a better place. For 13-year-old Roxie Pickrell that was how she lived her life every day and, her family will assure you, she was far from average.

“We have three very good kids,” said Roxie’s mother Cathy, “but Roxie was the most flexible and easy-going. She was very kind and nurturing toward other people.”

Roxanne “Roxie” Lorraine Pickrell was born 20 minutes ahead of her twin brother Jude on July 12, 2006. Growing up, Roxie loved art in any form, from singing music and playing percussion to repurposing items in order to create something beautiful. But of all the gifts Roxie possessed, her parents say it was her kind heart and keen intuition that amazed them most.

The couple said that grown-ups and children alike continue to share stories of times Roxie came alongside them and encouraged them on a bad day or helped with a negative situation at school.

“She was drawn to people who were often overlooked,” Roxie’s father Jason said. “Early on, we knew that she was different in a way — but she was the exception to the rule.”

In late September 2019, Jason’s father and the owner of Gary’s Drive-In, Gary Pickrell, had surgery performed as a result of complications from diabetes. The surgery was considered a success and Gary was sent home to recover. However, his mobility was limited, so Jason and Cathy made the decision to purchase the restaurant from Gary to ease his burden.

Meanwhile, Roxie, who wore prescription eyeglasses, had been complaining of difficulty with her vision and asking to have her eyes checked. The couple said she rarely complained, so they made an appointment with her routine eye doctor, which was rescheduled on several occasions.

Then, while Roxie was attending her brother’s football game with her dad, she began asking questions that caused great concern. Jason said Roxie began asking the score of the game that was posted boldly on the scoreboard and then asked if Jude was on the field. Before long, Jason realized that Roxie could not see the large yard line numbers on the field or the players’ numbers on the bench in front of them. After speaking to Cathy, the two agreed Roxie would need to see an eye doctor at a walk-in clinic immediately.

“She failed the exam miserably,” Cathy said, adding that they were referred to an eye specialist who scheduled Roxie for an MRI of her brain on Oct. 10.

On Oct. 11, as Jason and Cathy sat in the specialist’s office awaiting the MRI results, Jason, a firefighter with the Owensboro Fire Department (OFD), received an alert on his phone. The fire department had been dispatched to a call of a reported stroke — at his parent’s address. Jason stepped out to call his mother while Cathy awaited the test results.

Within a matter of minutes, Jason and Cathy would be facing the news that his father Gary had gone into cardiac arrest and died and that Roxie had a 4 centimeter mass on her brain (which would later be diagnosed as malignant). The couple was encouraged to take Roxie to Norton Children’s Hospital in Louisville right away.

As other local families were packing up and returning home on the last day of fall break vacation, Jason was on his way to the hospital to be with his mother, while Cathy headed to Louisville with all three children.

News of Gary’s death and Roxie’s diagnosis quickly spread across social media, words and prayers were shared and fundraisers of support began in order to rally around a family that had given so much to the Owensboro community.

“We were bombarded with people calling and texting,” Cathy said, adding that at one point she and Jason had as many as 10 missed calls and 30 text messages on their cell phones. It was then that she decided that the best way to keep everyone updated on Roxie’s condition was to make a daily post on Facebook.

Using a nickname from Roxie’s early childhood, Cathy created a Facebook page entitled, “Foxy Roxie’s Army of Angels.” Along with daily updates, she encouraged others to wear red for Roxie. While red was not Roxie’s favorite color, it was the color that best described her beautiful hair, her middle school, her Poppy’s drive-in and her family’s favorite team, Kansas City Chiefs.

“We had no idea the Facebook support we would receive,” Cathy said. “I just thought it would be something small.”

After learning that Roxie would need surgery to remove the baseball-sized mass on her brain, fundraiser after fundraiser began to emerge including everything from bracelets to T-shirt sales, and a “Pickrell Jar” account set up in the family’s name.

Funeral arrangements for Gary were temporarily delayed until the family knew more about Roxie’s condition. Roxie underwent brain surgery and had the mass removed successfully on Oct. 14, leaving the doctor’s feeling “cautiously optimistic.”

“We were expecting her to wake up in a couple of days,” Jason said. “Instead, she had two strokes the next day.”

The days following surgery brought about a roller coaster of emotions for Jason and Cathy.

“You are waiting on the next test result — you want to hear something good,” Jason said. “You would have that moment — then days or hours of nothing — just her lying there intubated.”

The two strokes Roxie suffered following surgery affected her left side, as well as her body’s ability to regulate temperature and blood pressure. She was also unable to see, speak, drink or eat and had lost her motor skills. While Roxie could not open her eyes, it was still quite apparent to Cathy and Jason that their daughter was still very much there in that hospital bed.

“I would say, ‘If you love your daddy, squeeze your eyes tight,’” Jason said. “She couldn’t open her eyes, but she would flicker them. And then I saw a tear.”

Then, the Pickrells said, it appeared as if Roxie had turned a corner. She was extubated and prepared to be transferred to another hospital on Nov. 4. But, on Nov. 5, her breathing became increasingly shallow and she was placed on ECMO (extracorporeal membrane oxygenation) life support.

“I had hope the whole time,” Cathy said. “Not one time did I not think she would make it. I prayed we’d take her off of life support and she’d show signs.”

On Nov. 6, with her parents and siblings surrounding her, Roxie Pickrell went to heaven where her brother Jude knew she belonged all along because, he says, “she was an angel.”

The community that supported the Pickrells through the loss of two of its most beloved family members showed up once again to say their final goodbyes to Roxie on Nov. 11. Firefighters in full Class A uniform served as pallbearers and stood watch by her casket, as the notes to her favorite song, “Drops of Jupiter,” flowed from the piano. The song a forever reminder that Roxie was still there, just in a different form.

“She was beautiful. She was perfect. She was awesome,” Jason said.

Students at Owensboro Middle School lined the streets with red and yellow balloons as the funeral procession passed by. Inside the school, the hallway windows were covered with hand-colored paper foxes in memory of their fellow student.

Even after Roxie’s passing, the fundraisers and displays of community support continued. From a blood drive and Zumbathon in her honor, to local runner Dylan Hammons committing to run 100 miles for a young girl he’d never met.

“We’ve had so much support from this,” Cathy said. “I think eventually there will be an opportunity for us to feed that positivity back — when we’re ready. I know we’ll do something — we just have to get through our grief.”

As the Thanksgiving and Christmas holidays came and went, the Pickrells said they were doing their best to live life and grieve appropriately.

“Every day we get up and we do something productive with our life,” Cathy said. “What would Roxie want me to do? Roxie would want me to live.”

The couple said that their son Jude and daughter Rhianna have been staying busy with swimming and cheerleading and are doing better than they anticipated.

“By doing what we’re supposed to do every day, we are setting an example for our kids that there is strength in vulnerability,” Cathy said, adding that when it comes to Roxie, they focus on the positive. “We talk about her — we just don’t talk about October and November.”

Cathy and Jason will both return to work on Jan. 2 and life will assume a new normal.

“It’s not going to be the same,” Jason said. “I know I’m not the only person that feels this way — everybody’s story is different.”

In the meantime, the couple said they have donated Roxie’s bedroom furniture to families in need and created gift bags for her friends to have small tokens of remembrance.

“I kept a lot of her things,” Cathy said. “But I think I made 17 Roxie bags with things that weren’t meaningful to us. I have an overwhelming urge to make people remember her.”

With Roxie’s incredible desire to come alongside those that often went unnoticed, there is little doubt that she will ever be forgotten.

“We spend our whole life trying to do what she did in 13 years,” Jason said. “She’s the best role model I ever had.”

There are multiple fundraisers scheduled in the coming months in honor of Roxie Pickrell. For more information, please visit the Foxy Roxie’s Army of Angels Facebook page. 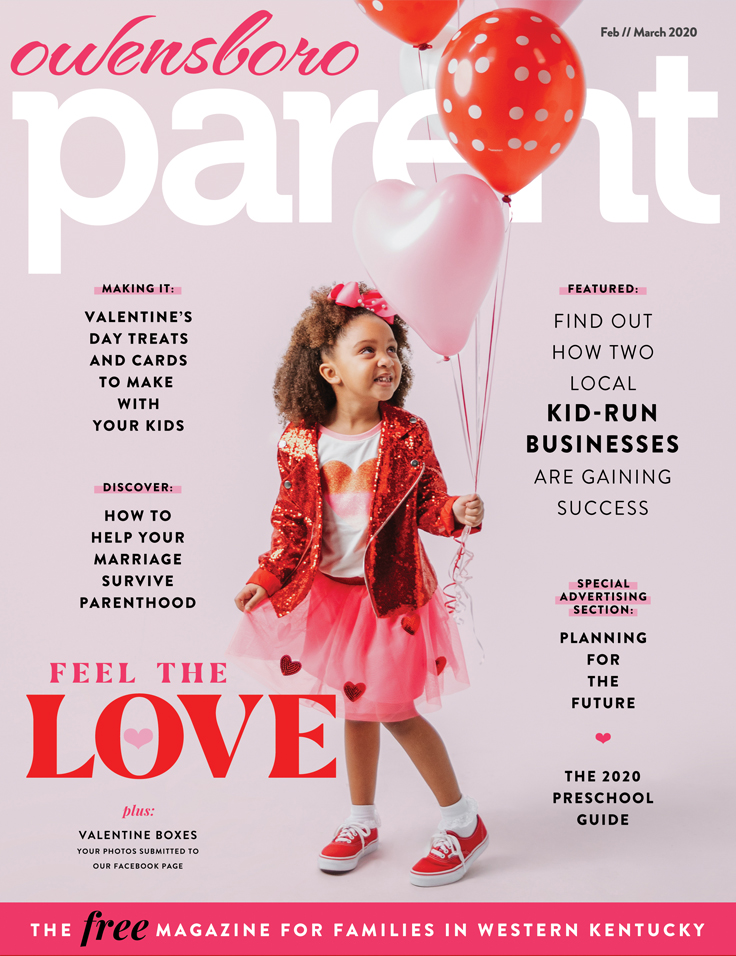