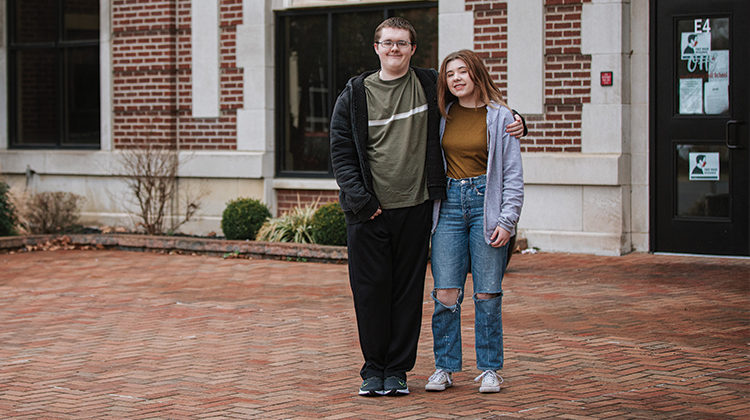 The dictionary definition of autism as stated by Oxford Languages is: “a developmental disorder of variable severity that is characterized by difficulty in social interaction and communication and by restricted or repetitive patterns of thought and behavior.” This disorder is something my older brother, Beau, has been living with his entire life.

Growing up, I have always been aware that Beau has autism. I have always treated him exactly how I would treat anyone else, and accommodating to him when necessary. If Beau had a meltdown when we were younger, I would help him calm down or go tell mom and dad that he was upset. There was nothing more to it; autism has never been something to be suffered through for Beau or his family, only a hurdle to jump over in the game of life.

While autism is not something an individual suffers from, school for a child with autism definitely is. School is a breeding ground for bullying. Anyone that does not meet societal standards—whether that means they have a disability, are a person of color, or are of a different sexual orientation—is outcast or harassed over something that is out of their control. Beau was one of many victims of harassment only because he was born with a disorder he and everyone else cannot control. As his sister, I was the one who stepped in and stood up for him because he just never knew how to advocate for himself. He yelled, but that only fueled the fires of those harassing him. Teachers rarely got involved unless someone actually told them about the situation. I had to learn how to grow up fast while at school just so I could gather the courage to tell off those who caused Beau’s meltdowns for their own satisfaction, threw around the dreaded R-word, and those who spoke to Beau as if he was a young child just learning how to speak.

Beau is just a person with autism; he is not a child, and he is not a charity case. Autism does not define him, only acts as a factor that makes him who he is. If one actually got to know Beau, they would learn he is an outspoken and very sociable individual who has a love for video games and Japan. He is an intellectual who only needs to be accommodated to his environment. If society actually took the time to accept those like Beau, many would learn that the autism community is a group of individuals who just wants their voices to be heard. Many people with autism are treated as if they cannot speak for themselves, and that is because no one has taken the time to actually ask for their opinions. While many mean well when they speak for those born with autism and disabilities in general, that is the exact opposite of what they want. I sat down with Beau and asked for his opinion on autism and what it means to him.

“People like me just think differently, but everyone thinks differently. No one is the exact same. If I have an opinion, I want to be able to say it because if someone else speaks for me, others can interpret it the wrong way.”

There is a lesson to be learned here. Autism is a disability. It is not a superpower, and it does not make those who are affected by it extra special. Beau is not just a puzzle piece; he only wants to be treated like everyone else, and as he put it, everyone is different. While I have had to look after my older brother my whole life and will continue to, I have learned a lot from him. I have learned to be courageous over what’s important to me, to accept others no matter what they look like or have been through, and most importantly, I have learned that while I may not be like Beau and have a life-altering disability, I am unique and I am the only one who can speak for me.