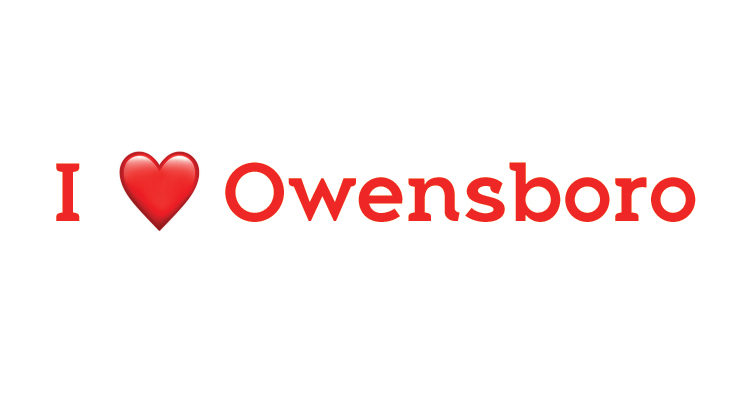 It has been my hometown since I was 8 years old.

There were struggles at first, mainly involving getting my New York ears tuned to the right frequency to understand words spoken with a Kentucky accent.

Even when I could understand the words, I still didn’t always comprehend the meaning. When someone asked me to fetch something from over yonder, I had no idea where they wanted me to go or what they wanted me to do when I got there.

Owensboro was more like a small town than a big city back then. Well, I guess it’s still not a big city, at least when compared to Chicago or Los Angeles, but sometimes atmosphere is more important than geography.

Nobody locked their front doors when I was a kid. First of all, there was no need, because there weren’t any strangers back then – or at least, it seemed that way. And second – of course doors weren’t locked, because if they were, how were kids supposed to get into the house after school? We didn’t consider ourselves “latchkey children” because there was no key involved. We just opened the door and went on in.

Speaking of kids, we were also off the leash. We walked to the corner drug store for ice cream cones, or rode our bikes to the park or the swimming pool at the Sportscenter. Nobody gave a thought to the potential perils of kids darting across Frederica Street, even though we hardly ever crossed at intersections or paid any attention to traffic.

The movie theatre offered matinees throughout the summer; admission was 25 cents and six soft drink bottle caps. We learned values of courage and loyalty while watching classics like “A Dog of Flanders” and “Smoky” through tear-filled eyes.

There were teen hangouts – Dairy Drive-In remains legendary – and roller skating rinks at the converted tobacco warehouse. There was ice skating too, but only in the winter. The idea of an indoor ice arena would have sounded like science fiction back then.

Families walked together to the football stadium to cheer for their high school teams under those Friday night lights, and afterward, everyone gathered at the burger joint to celebrate the victory, mourn the loss or just gossip about the cute quarterback and/or cheerleader.

Downtown Owensboro featured a variety of department stores and specialty shops of all kinds, everything from shoes to jewelry to toys to appliances and everything in between. Most of the doors were propped open during the summer and you could just wander in off the sidewalk, the wooden floorboards creaking as you entered. Occasionally, though, the plate glass window was painted with the words “Air Conditioned!” or “It’s Cool Inside!” – the letters made to look like frosty ice cubes.

There were other shopping centers too: Wesleyan Park Plaza and Gabe’s Shopping Center, with its iconic tower that we thought would stand forever. The shelves and aisles of Value Village, Fashion Fair and Mr. Wiggs seemed to offer everything anyone would ever want – except on Sunday. That is, until “blue laws” were challenged and struck down. Preachers in pulpits across the city warned their congregations not to fall victim to this new temptation … but apparently, we did.

Malls were the next big thing – Lincoln Mall, Towne Square Mall – and as time has gone on, we’ve seen many small stores and businesses come and go, and even rock-solid cornerstones like Sears, JC Penney’s and Macy’s have faded away.

Because that’s what true love is all about.