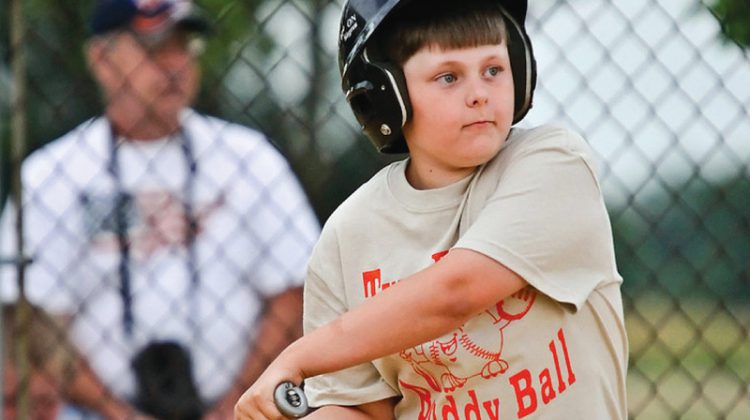 For a parent, there’s no greater joy than seeing your child live his or her dreams. Jared Payne’s dream was to one day get everyone in his life together to participate in a sporting event. Thanks to Two Rivers Buddy Ball, some great sponsors, and so many donors, that dream will become a reality on Saturday, October 6, with the Jared Payne Memorial Golf Scramble to be held at Golfland from 10 – 2 p.m.
“For as long as we can remember,” said Jared’s parents, Jim and Kristi, “Jared wanted to organize tournaments for his friends.”
Now it’s going to happen.
Even though Jared won’t be there physically, his spirit will live on as his family, friends and Buddy Ball teammates gather to remember Jared while having a great time playing putt-putt.
Kristi Payne relates, “It’s going to be an emotional day for us, but it will also be an amazing one for all the kids and families who come out to play.”

Jared’s Story
Jared Payne was one of the original 43 participants when Buddy Ball was started in 2008. Since then, Buddy Ball has grown into a year round sports program for children with disabilities that now includes 210 participants.

Jared would have turned 13 this year on October 6, but sadly he passed away this summer due to complications from an aneurism. Jared’s time spent with the Buddy Ball program were some of the most important memories to him and his family.
Jared’s mom explains, “Sports were always a big part of Jared’s life. He had favorite teams in each sport, and he knew the stats for EVERY team. But Jared was diagnosed with autism at age two, and that kept him from participating in regular school sporting leagues. Jared was able to overcome his diagnosis in so many ways, but he still did not have the stamina and endurance needed for lengthy practice and game schedules.
Buddy Ball changed everything for Jared. He was able to play the sports he loved, and the confidence he gained from that spilled over into other aspects of his life. Buddy Ball meets different needs for different kids…some social, some emotional, and some physical. It also provides an outlet for parents and caretakers. We are able to volunteer alongside our kids and form a support system with others who have similar experiences.”
“The thing I remember most about Jared is his smile,” says Billy Shain, Buddy Ball founder and director. “Even with a disability he had very few limits of what he could do, he just needed the nudge to do them. Jared was able to overcome almost anything he tried.”
After Jared’s unexpected passing, the Buddy Ball family pulled together to bring the golf scramble idea to life.

Mini Golf Scramble Idea
Normally when you hear about a golf scramble, you think of a fundraiser or charity event. But this golf scramble is just the opposite.
“This is not a fundraiser. It’s just a fun day for our kids,” explains Shain. “There is no charge. Anyone involved in Buddy Ball can participate. We’ve had the idea to have a mini golf scramble for quite a while; we just never got it together. So with Jared’s birthday coming up, we decided that this event would be a great way for Jared’s friends in Buddy Ball to have a great day of fun in memory of Jared.”

Community Support
Obviously, the idea was well received. According to Shain, “The community response for this event has just been amazing. South Central Bank is one of our major contributors, along with Atmos Energy, Wright Implement, and College View Middle School because that’s where Jared went to school. We also have several sponsors who have sponsored a hole for $20 and four or five t-shirt sponsors. Some of Jim’s (Jared’s dad) co-workers at Atmos Energy are also grilling for us that day. Our plan is to have give-a-ways throughout the event as well.”
The cost for this year’s inaugural event was also covered from the Buddy Ball/Jared Payne Memorial Fund that was set up through James H Davis funeral home. So the money that is being raised this year is actually being rolled over to next year’s event in hopes that this golf scramble can become an annual Buddy Ball event held each October.

Jennifer Wink, one of the organizers for the Jared Payne Memorial Golf Scramble, is really excited about this event has been really impressed with the community’s outpouring. She added, “This is just a wonderful story about our community because we’ve gotten so many volunteers and donations. And if we can somehow raise awareness about Autism while we’re at it, then that just makes this event even more meaningful.”
Heaven has a new statistician and sports analyst. He’s one of the best, and he’ll surely be keeping score on October 6 at Golfland. For more information contact Billy Shain at 315-9925 or
bshain@oolwireless.net or visit www.tworiversbuddyball.com.

Danny May is a husband and father of two boys. He is also the youth minister
at Our Lady of Lourdes.