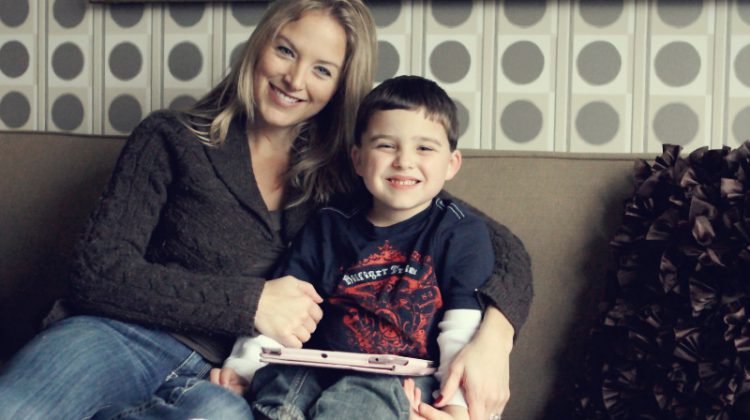 Kimberly “Berly” Tillman’s family may be new to Owensboro, but is no stranger to what brought them to town— autism.

Berly resided in southern Indiana and chose to move because her son Jackson, 5, is affected by autism.

Through much research and perseverance, she found that Daviess County Public Schools offered services not provided in Jackson’s home school and home state.

This would be but one of many sacrifices Berly would make to see her son succeed, and not be held captive by autism.

According to the Autism Society of America (ASA), “Autism is a complex developmental disability that typically appears during the first three years of life and affects a person’s ability to communicate and interact with others. Autism is defined by a certain set of behaviors and is a ‘spectrum disorder’ that affects individuals differently and to varying degrees. There is no known single cause for autism…”

ASA estimates that 1 in 110 births will result in a child diagnosed with autism.

While pregnant, Berly dreamed of having a healthy child that would exceed at everything he/she attempted. She dreamed of play dates and baseball games, not hours of research and interventions.

It wasn’t immediate or obvious that Jackson might have autism, as he was on the “tail end” of hitting milestones. But, in 2008 Jackson stopped communicating and making eye contact.

At just over two years of age Berly felt like she lost Jackson to autism.

Though sources cannot place blame on one factor that causes autism, Berly believes, “genetics loads the gun and the environment pulls the trigger.”

She didn’t need a specialist, doctor or therapist to tell her that Jackson was on the spectrum. Berly knew Jackson better than anyone, and knew something wasn’t right.

Receiving a diagnosis was more a formality for the Tillman family, not a relief.

In Jackson’s treatment, Berly would not accept “no” or “it can’t be done” from anyone, regardless of their credentials.

It is her mission to help recover Jackson from autism. Berly mobilized experts and vowed to work in partnership with the school system to see that he also thrives academically.

As she experienced autism personally, Berly saw the need for families and communities to be further educated about this puzzling disorder.

With a heavy burden and God calling, Berly committed herself to helping other parents who didn’t have the financial means to help their children the way she could help Jackson.

She began lecturing in Evansville and shared common sense knowledge she obtained through parenting and research, as well as information from leading specialists in the field.

Berly shares personal experiences but has made it a priority to use at least three credible sources audiences can later reference themselves and draw personal conclusions.

She has become an expert on autism, especially on Jackson. Berly is also is the mother of Katherine, 4, a vivacious and beautiful little girl with normal development.

With the children being 16 months apart in age, Berly lives a very active life she feels is very much like a balancing act.

She says rearing Jackson and Katherine are like night and day. At times she is begging her son to speak, for what feels like 30 minutes, while on the other extreme,

Katherine will give a 30 minute dissertation about an episode of Dora.

Parenting a daughter with typical behavior and having one child with special needs affects the way she handles herself when accepting a play date for the family.

Berly must take into consideration foods, behaviors and environmental factors. Each could play a role in Jackson’s success for that day. She admittedly doesn’t expect the host to know these things and personally takes precautions to help make visiting times fun.

Her precautions, though minor, make a huge difference in the quality of that day (and every day).

Berly is an optimist and firmly believes that knowledge is power.

She encourages autism moms to “know your child and educate yourself on their need.”

She offers practical advice to mothers: Grieve, Breathe and Believe.

Grieve
Allow yourself to grieve, but move forward.

Breathe
3 times before any action.

Believe
Believe in God, in your ability to parent and in the resiliency of your child!

By Jaime Rafferty. Jaime Rafferty enjoys writing, as a hobby. She lives is Owensboro with her husband, Paul and their two children.