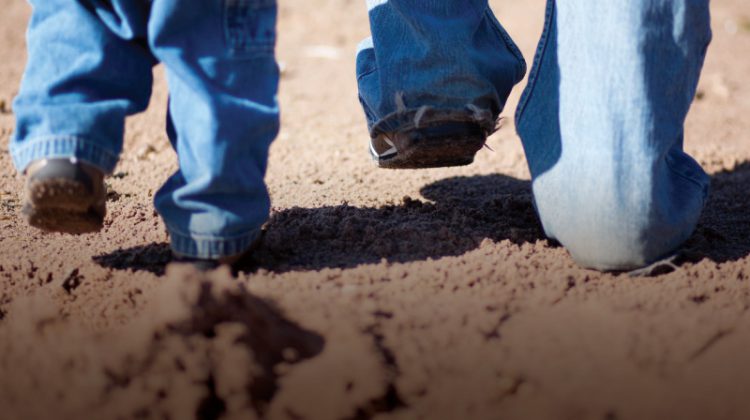 Ty Stauffer and wife Jennifer agreed early in their marriage on a couple critical points. Jennifer, coming from an elite ballet background knew what it took to do something extremely well. Ty, on the other hand, mixed himself up in every sport he could get involved with, becoming a “Jack of all trades and master of none.” From those two polar-opposite experiences, they made a conscience decision to do two things regarding their own children’s growth. “We committed to always have one parent at home. And we only let the kids focus on one sport or activity at a time,” says Ty Stauffer, owner/operator of Sports Tutor.
With those key principles, all their kids are excelling. Each in his or her own way, but second child Lucas is more visible to the public due to his success in Futsal (indoor soccer). “When Luke was real young, Earl Hayden told me something I’ll never forget, ‘The way I figure it, I can invest in my kids now while they are young, or I can invest in them later when they get into trouble.’” That’s one reason that Ty and his wife have tried to create unique pathways for each of their children’s success.
“My oldest, Rainesford, has written some short stories and has even been talking with students in a graduate level film course about using one of them for a filming project. Annie, our youngest, seems to be showing some good aptitude in soccer. My other son, Matthew, is more like me and has tried a lot of different things, including motocross. But he seems to be enjoying soccer now too. They’re each so different and talented. I’m proud of each.”
Ty is challenged with something most dads and parents struggle with balance. The day before I spoke with Ty, he had just returned from a Futsal conference in Spain. Between running a new business, coaching, traveling for Futsal and keeping up with Lucas’ international schedule this man is stretched.
When I asked him about that he said, “I know it’s tough, especially on the other kids at home, but I try and keep talking with them.” It’s times like these that having your partner covering the home front is such a blessing.

After Ty shared those wise words from Earl Hayden it caused me to give him a call. If you know anything about this patriarch of the Hayden family, you know that he is immensely proud of all his kids. He spent as much time talking to me about his daughters and grandkids as he did his famous motor cycle racers, Nicky, Roger Lee and Tommy.
“Rose and I both raced for years. We thought rather than just make racing a hobby, we knew there was a way to make a living out of it.” And it’s worked too. Nicky was the 2006 MotoGP Series World Champion (overall points winner), while Tommy and Roger Lee both race professionally in AMA and Superbike, respectively.
The Haydens literally created that pathway to success. They pulled out the farm equipment and built three different race tracks on their property. When a ball diamond was being torn down, Earl bought the lights and put them on the tracks so his kids could practice after dark.
“They rode four hours a day, since they were real young. We may have had to push them a little to go to school, but we never had to make them practice.”
Unlike soccer, baseball and basketball, there are no after school sport teams for motorcycle racing, so they created one. “We had 5 kids in 7 years so they always had someone to train with. They were never alone.”
All sports, including motor racing teaches life values. “It was important for our kids to have respect and know the value of hard work. Of course there may have been a time when they needed to be reminded to practice, but in all of that, I was no little league dad, yelling and hitting at his kids and making them do something they didn’t want to do. I don’t agree with that. They loved racing.”
Riding was a way of life for the Haydens. Something the whole family did, including the girls. And Earl summed up the reason for their success in two words. “Have fun.” And fun and rewards they’ve had. And not just in the monetary sense.
“I taught them to believe in the guy upstairs and be respectful. Without that, it’s too easy to get caught all up in the sports and fans. And Nicky’s success has allowed him to do charity work with groups like Make a Wish Foundation. I see what good it does for those families that are suffering and it brings tears to my eyes.” Priceless.
Bill Duncan, Apollo High Swim Coach, is raising three kids, two in college and one in middle school. And with wife Kelly, a former world class swimmer herself, going to the pool was as natural as waking up for Katie, Graham and Ben. Similar to the Haydens, the Duncans had a lifelong experience, but with swimming.
The path to swimming was easy. But they kept the door wide open for other opportuniites.
“They really love swimming. We never made them swim and always said if they wanted to do something else like piano or volleyball, we were OK with that. Graham tried T-ball and other sports, but he and Katie just loved the water,” say Bill.
Katie and Graham both have graduated from Apollo High School and are currently attending Asbury University, swimming for the Eagles as a junior and freshman respectively.
“Ben’s been a bit different. He has been interested in a lot of other things and that’s OK. He plans to play tennis next spring, but lately, he seems to be growing into swimming and enjoying it more. However, Katie and Graham didn’t really want to do anything else.”
Each of these dad’s have been put in the position of helping to coach their own kids at some point. Coach Duncan says, “Coaching my own kids some, I had to know when to put the dad hat on. I was careful never to at practice because that would put extra stress on my kids and their teammates. But there were times when they would be disappointed and you just needed to be their dad and not a coach.”
He then said to, “Remember your job as a dad is to provide your family with love, food, clothes and a home. Leave the coaching to the coaches. And if you are the parent-coach, remember the ‘love’ part more than anything else.”
All three of these dads have created pathways to success for their kids. And these pathways are unique and different, even within the same family. It was once said that there are two great days in your life–the day you were born and the day you discover why. And that’s the challenge for any parent: helping your kids find their purpose and developing a path to help them reach it.

Dean Ehrenheim, with his wife Jeanette, is raising four great kids. He regularly writes about his experiences in parenting, coaching and wellness. His email is dmeymca@gmail.com.