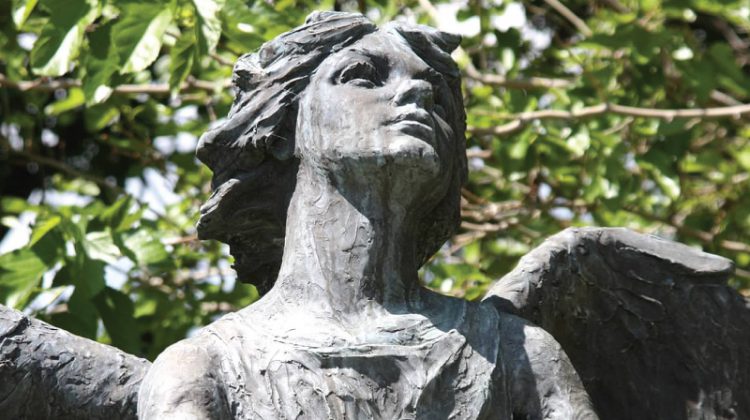 Leslye Scott felt a spiritual life challenge by reading Richard Paul Evans, The Christmas Box.
The story, though fictional, is based on Evans’ mother who struggled with the overwhelming grief of losing a child. Readers saw the emotional impact the loss had on other relationships, but when explored and shared, lead to moving forward with the help of others.
While reading the book, Leslye became connected to the character, because she suffered a miscarriage. Through the devastation, she grieved her child but found peace from the pages of The Christmas Box.
This was more than a “good book,” it planted a seed of hope that sprouted wings and became a mission to help others.
Through challenging emotions and a divinely inspired friendship, Leslye saw purpose in her pain.
Mary Edwards also suffered a miscarriage. She and Leslye were acquaintances for nearly five years, attending church together, but neither knew they shared a loss.
One night Leslye dreamed of a conversation with Mary that felt real. She knew that her next conversation with Mary, she was to speak about her miscarriage and the Christmas Box.
It was Leslye’s bravery in sharing that allowed Mary to open up and reveal her story. It forever bonded them. They no longer felt alone. Though some women seem more stoic after a miscarriage, Leslye and Mary needed to grieve outwardly, just as the mother mourning and grieving the loss of her child at the angel monument in the book.
Maybe they were brought together to provide a dedicated spot just for mourners. It would not be for themselves, but rather the entire community, a place for anyone, regardless of the circumstance, who has suffered the loss of a child.
Leslye didn’t have to start from scratch, only had to look back to The Christmas Box for direction.
You see, Mr. Evans, after the success of his book, commissioned the dedication of The Christmas Box Angel Staue, in 1994 in Salt Lake City, Utah, as a designated place of solace for grieving parents. The idea was inspired by readers who identified with the scene in the book, just like Leslye and Mary.
Soon families from other cities wanted an angel in their communities. Now nearly 100 monuments are found across the United States with many in planning and productions stages. That number includes Owensboro!
The closest statue is in Evansville, but that just isn’t close enough for these faithful friends. Leslye and Mary want to give Owensboro families a monument in memory of their children.
In February, they began Raising Hope Inc., a concentrated effort to raise the money necessary for an angel. They are not just fundraising, but are working to a provide dedicated place for local mothers and fathers to grieve, if necessary, while giving hope in the tough times by seeing they are not alone in their suffering.
A plot is necessary for the statue; however, Leslye and Mary were overjoyed when Memorial Gardens, a local cemetery, generously donated a beautiful space for the angel to “live.”
The price of the beautiful statue, which was inspired by author’s daughter, is $14,500, the customized foundation around $8,000 and additional costs are from the inscription on the angel’s base.
When asked if they have a time frame in mind, to end fundraising and have the statue in Owensboro both women said, “Yes!” Leslye smiles, without revealing her anticipated date, while Mary likewise smiles and with a giggle and says, “Maybe I’m just more realistic, but I always tell Leslye, ‘She (the angel) will get here when she gets here.’”
In six short months the ladies are a quarter of the way to the fundraising goal and welcome donations from the community. With help, “she” could be here sooner.
Leslye and Mary’s tragedy has undoubtedly served as preparation, building endurance and the perseverance needed undertake this task for other families who have struggled, just like theirs.
It’s easy to see why Leslye has become affectionately known as the “Angel Lady” and Mary her willing “Angel Helper.”
Though their wings aren’t noticeable to some and both women are very modest, Lesyle Scott and Mary Edward’s actions certainly give truth to the idea that there are angels among us, especially as they work to bring another angel to town.

Jaime Rafferty enjoys writing, as a hobby. She lives is Owensboro with her husband, Paul and their two children.