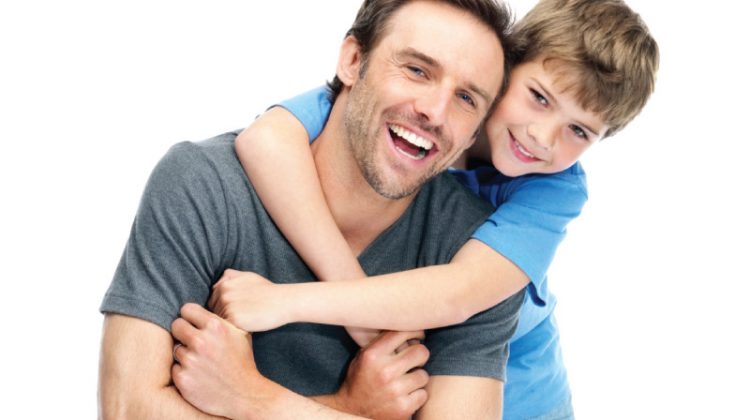 CASA workers are volunteers that “can make sound recommendations in court on behalf of children for physical, mental, educational and safety needs.”

Just a few minutes of speaking to Vikki Embry and you will notice the heartfelt compassion she has for her job as the director of the Daviess County CASA program. Vikki began with CASA as a Court Appointed Special Advocate, and then served as a board member. She is now in charge of the organization that trains community citizens to be local court system advocates for children who have been abused or neglected. These special volunteers work to obtain as much information as possible about the children on each case in order to share that information with the appointed judge to help him or her make an informed decision based on the child’s best interest.
CASA workers are neither social workers nor attorneys, both of whom are burdened with large caseloads. Instead they are able to devote themselves to just one case at a time spending time with the child in informal settings, and they become the one consistent adult presence in that child’s life when their whole world is in turmoil. Volunteers also interview everyone involved in the children’s lives including health care workers, neighbors, family members, health and mental health providers, teachers and school counselors. They also make home visits, if the child is still living with their caregiver, to ensure that the family is following the case plan set up by Social Services. They can then report to the judge whether the child is safe in their environment; if they are thriving; and how they interact with their caregivers.

Humble Beginnings
In 1977, a Seattle, Washington juvenile court judge became concerned about the life-changing decisions he needed to make, regarding the well-being of children, often without having all the pertinent information. Since social workers and attorneys were so bogged down and flaws abounded in the system, he and community leaders decided to advertise in the local newspaper to see if any citizens were willing to volunteer to speak on behalf of the children. They received an overwhelming response, and CASA was born. Now, according to casaforchildren.org, there are close to 950 CASA programs in 49 states.
Kentucky currently has 21 programs, including one serves both Daviess and Ohio County courts, thanks to Charlotte Burton, who, in 1996 presented the idea of a local CASA organization to the Junior League of Owensboro. She convinced them to fund the project and CASA of Daviess County came to life. After 16 years of involvement, Charlotte still stays true to the mission of CASA and still serves as its treasurer.

Positive Outcomes
Embry says that the most rewarding part of working with CASA is when a case results in a child being happy, healthy and safe. Throughout the years she has seen children reunified with their birth families while others have been adopted into a loving home. One such case involved “Bobbi,” a girl who at age 12 frequently witnessed domestic violence in her home. Her case worker worked very closely with “Bobbi” establishing a close bond. Eventually, “Bobbi” and her mother were able to live together again, once her mother realized she must make some changes in her life in order to provide a safer home for her daughter. Today, 6 years later, “Bobbi” and her CASA advocate remain close. The advocate is often the first person “Bobbi” calls when something exciting happens in her life or she needs someone to talk to.

Getting Involved
The Daviess County CASA currently has 31 volunteer advocates. They are serving 97 children. However, close to 600 children were affected by Daviess County District Court cases in the past year; so more advocates are needed, especially men. Volunteers are thoroughly prepared through a program of 15 hours online training and 15 hours of face-to-face classes. CASA asks for a two year commitment up front because cases can last 14-16 months or so, and having a consistent presence is so vital for the children involved. While not every child needs an advocate, additional children with the most serious situations could be served if more advocates were available.
CASA is also recruiting new board members and adding volunteers to Friends of CASA, a committee to help with special events, fundraisers, and child abuse prevention community outreach programs. They also are in need of sponsors for their monthly newsletters, help with building maintenance, and a person to help with technology. “Anyone can get involved. We will find something for them to do and make it a win-win situation for us and them,” says Embry.
Advocates come from all walks of life: retired teachers, stay-at-home moms, and those who work. While the average time commitment is 2-4 hours a week, monthly face-to-face visits with the child are also required. A child’s case may go to court an average of 4-6 times but volunteers aren’t required to be present. The purpose of advocates being in court is to answer any questions the judge might have. But, according to Embry, “If their report is thorough enough, the judge shouldn’t have questions.”
To volunteer in any capacity with CASA or for more information about their upcoming Art Auction fundraiser (see sidebar), please contact Vikki Embry, Director, or Patty Phillips, Volunteer Coordinator at 270-683-2138. They will send you a volunteer information packet to review and answer any questions you might have.

Casey Hamilton is the mother of two blessings, a daughter and son (ages 10 and 6). She is the Education Coordinator and an instructor at Owensboro Community & Technical College.