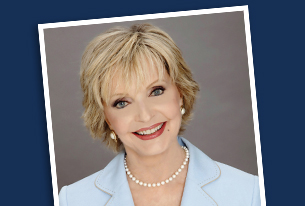 For 79 years, the Owensboro Christmas Parade has been an annual, holiday family tradition, taking place on the Saturday before Thanksgiving. Each year, thousands line the streets of downtown Owensboro as nearly 120 floats, marching bands and other displays roll by, handing out candy to children eagerly awaiting Santa’s arrival on the very last float.

“My love for the parade began when I participated in my first parade at four years old,” says Owensboro Christmas Parade Chairperson Adam Johnston, who has been on the committee for ten years. “I love seeing the smiles on all the kids’ and adults’ faces as the parade rolls down Second Street.”

A parade the size of ours takes all year to organize, and the committee gets started brainstorming on the Monday following the parade. To determine who serves as Grand Marshal, the community is invited to nominate individuals and/or groups and the committee then narrows down the selections.

“We spend countless hours sifting through nominations and suggestions for Grand Marshal,” Johnston said. “We look for someone from the area who has really put Owensboro on the map in a positive way or someone who has made a significant contribution to our great community.”

This year, television icon and Owensboro native Florence Henderson has been selected to serve as Grand Marshal. Henderson is best known for her role as Carol Brady in The Brady Bunch. She was also the first woman to guest host The Tonight Show and had a successful career on Broadway starring in such musicals as Oklahoma, The King and I, and Fanny.

In honor of her achievements in the performing arts, Henderson is featured in the Owensboro Daviess County Convention & Visitors Bureau’s “Hometown Hall of Fame.”

Johnston says the committee has tried several years to have Florence serve as Grand Marshal, but it has not worked with her schedule until now. “We were overjoyed when we found out she was able to make it this year,” Johnston said. “Growing up, I watched her on TV just like everybody else. She has accomplished so much, yet she still returns to her roots quite often.  To finally make this work is very exciting.”

Florence sounds just as excited as the committee is. In an email to Owensboro Parent, Henderson said, “Coming home to Owensboro is always a treat because I still have so many friends and relatives there! They are as excited as I am about the parade!”

She added that she is very proud to say she spent her “growing up” years in Owensboro, and thinks the improvements to the riverfront are “spectacular!”

In support of Florence Henderson, Emmy-winning television star, celebrity stylist and fashion designer Carson Kressley will also make an appearance at this year’s parade. Kressley is a New York Times best-selling author and was recently a “fan-favorite” on ABC’s world-wide hit, Dancing With The Stars.

When Kressley is not starring on stage or screen, he can be found riding one of his American Saddlebred show horses. His passion for horses brings him to the tri-state often to ride at the DeLovely Farms Equestrian Training Center located across the river in Rockport, Indiana.

The 2015 Owensboro Christmas Parade will take place on Saturday, November 21. It will start promptly at 4:30 p.m., rain, shine or snow, and is expected to last between an hour and a half to two hours.

Most Effective Use of Lighting:
$150 Cash and Framed Certificate

Danny May is a staff writer at Tanner+West and a regular contributor to Owensboro Parent Magazine. He and his wife Kelly are raising two very active boys, 5 and 7.